The atom has a very small, dense central part called the nucleus, containing a number of sub atomic particles. The particles we will mainly be concerned with are protons and neutrons.
Electrons exist in orbitals outside the nucleus. 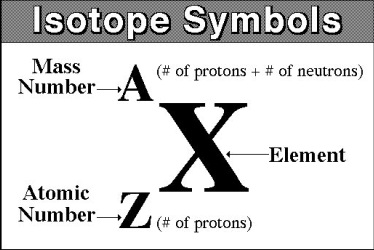 Example: this is the element Helium, chemical symbol He. it has 2 protons and 2 Neutrons, meaning it has an Atomic number of 2 and a Mass number of 4. In Nuclear Physics, we are concerned with the properties of the Nucleus only.
Isotopes